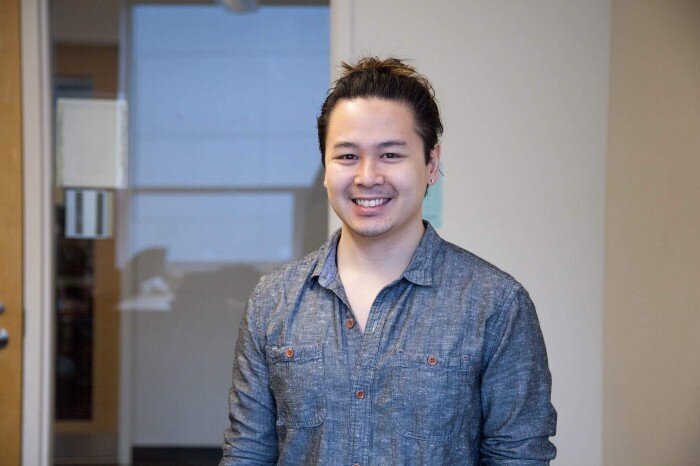 “You don’t really know how you get along with people until you work with them, right? To me, Commit offers a really good opportunity to get a feel for that before making a long term commitment”

Hai Hoang is a Commit engineer who joined Planworth, an early-stage wealth planning SaaS platform in 2019 as a technical lead. We sat down with him to hear about his journey.

Tell us a bit about your background before joining Commit?

I spent the first two-and-a-half years of my career at a large tech company, then did my own startup for around two years. It was an on-demand personal assistant app. We launched our product and got to market, but market conditions were bad at the time. Investments dried up and we ended up having to shut down.

I went back to the first tech company I worked for, to figure out what I wanted to do next. Then I worked for a few startups, but nothing was really going anywhere. That’s when Commit came into the picture. I was one of the first engineers, part of the founding team.

The people. I had worked with some members of the Commit team at other startups. The people are really fun and they had senior engineers on board. I was attracted to that, because I knew I could learn a ton from them. It was a very good environment for me to start new projects all the time and learn from some of the best.

It was clear that Commit’s goal was to minimize risk for engineers. We wanted to offer engineers the opportunity to meet with startup founders and assess what their product was and what their business strategy was before fully jumping in — that really appealed to me, because I had been with failed startups before.

How did you get connected with Planworth?

I actually had no intention of leaving Commit. I was there from the beginning, I was helping build the company — I thought there was no reason for me to leave. But then Planworth came around, and the product and the team got me very interested. I could see potential that I hadn’t seen with other projects. Plus, it’s in the fintech field, which I’ve always had an interest in but have never been able to dip my toes into.

What attracted you to Planworth?

I liked the fact that they recognized their product-market fit. That’s something many startups don’t have from the beginning. Most startups have an idea, then they build a product, then they go out and validate it with the market. Planworth built a rough proof-of-concept and got immediate validation. So by the time I joined, it was clear they had found a market, figured out a business model, and had a plan for earning revenue. It was amazing to see. Also, it was great that I had a three-month period working with the founders and the team, before I formally joined, so I really got to know them and their product.

It’s been very, very good. They’ve given me the autonomy and authority to implement my vision of what I want a team to look like, which I’ve never had the opportunity to do. They gave me that trust. And not just from the management perspective — even the engineering team trusts me to make decisions. It’s a great career opportunity because previously I’ve been a team lead, where you’re running projects, but at Planworth I’m also managing people.

How has your time with Commit helped you in this new role?

I’ve definitely been able to transfer things I learned at Commit onto my work at Planworth. At Commit I learned about project management, especially figuring out ways to deliver work in a shorter time frame. A lot of the technical skill sets I picked up at Commit also set me up for success at Planworth, like devops tricks. I’m still learning a lot at Planworth. Maybe not as much on the engineering side, but on the management side and team lead side. I have Tarsem and James [Planworth’s co-founders] teaching me and coaching me. So I’m learning every day.

How has it been working with two non-technical founders?

It’s been good. Engineering is very different than what they’re used to, but they’re very open-minded and understanding about the process. That’s one of the characteristics I like about them. They care about scalability, and they care about having clean code and tests and stuff like that. Not all founders do.

What would you tell or say to other engineers considering joining Commit?

Go for it. And keep an open mind, because every single project is very different. You end up working with different teams and different people. You don’t really know how you get along with people until you work with them, right? To me, Commit offers a really good opportunity to get a feel for that. I think it’s a fantastic model. As a person who comes from the startup world, working on multiple failed startups, it really does mitigate the risk.

Thank you to Ryan Abbott for writing this article.