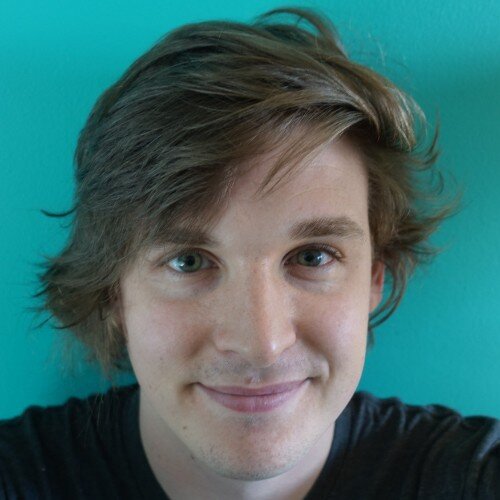 Will Casarin is a Commit engineer who joined the STEAM educational startup Steamoji earlier this year.

I feel like I’ve only ever worked at startups. I joined a record label called Monstercat. Everybody from Monstercat moved out here to Vancouver — so that’s how I got here. It was a small startup, there were about five of us, and I was the CTO. Now they have almost 100 employees. I eventually got into Bitcoin, and I quit to try my own bitcoin startup. That didn’t work out, but Bitcoin led me to Commit.

Beier [Commit’s co-founder] was into Bitcoin at the same time. We talked, and he shared his idea for Commit. It was a really rough idea about a cooperative — that was the term he used — for engineers. It sounded like a pretty cool idea, so I thought I would try it out.

How did you get started as a software engineer?

I started programming when I was around 10 years old. When I got to college, I found they were teaching stuff I already knew. I didn’t get much value out of it, so I dropped out and joined a startup before finishing.

I heard that many people on board at Commit were originally Hootsuite employees, and had a unique set of skills that they’ve built up. I figured I’d probably learn from them, and it turns out I did. That’s one of the interesting things about the Commit model: there’s a lot of different people with different backgrounds and different experiences, and you can leverage all of that to learn and help each other out.

How did you get connected with Steamoji?

I got on a pilot project with them. As a father, it was something I found interesting. Steamoji is introducing an afterschool-style program at a maker studio where kids learn STEAM skills through immersive projects like coding, digital arts, and fabrication. We want to replicate this model with franchises around the world. I would want to do it with my kids, and if I want to do it, I’m sure a lot of other people do too.

What’s your role at Steamoji? What are you working on?

I’m building all the front-end, back-end, and iOS apps. Full-stack in the truest sense.

How has Commit continued to support you as you joined Steamoji?

Sometimes when you move on from one company to another, it feels like they’re kicking you out the door, and you never talk to them again. You get locked out of their Slack rooms, lose your email address, and things like that. Commit is different. I’m still in their Slack channels, I still have my email address, and I still talk with other Commit graduates. I have the feeling that I will always be welcome at Commit.

When I first joined, I was kind of skeptical of the model. I wondered if I was just a contractor, and they’re just getting value out of me. Now I know that Commit is trying to make the best experience for engineers, and it truly shows.

What would you say to other engineers who are considering joining Commit?

If you like the startup experience, but you feel overwhelmed or anxious about the financial risks, job security, or lack of people to learn from, Commit is definitely a much better experience. You get the benefits of building companies from scratch, but with a salary from Commit. It’s a lot more friendly, and there’s a supportive group of people to help you out.

I think that people should be doing more of this. There should be more Commits around the world.