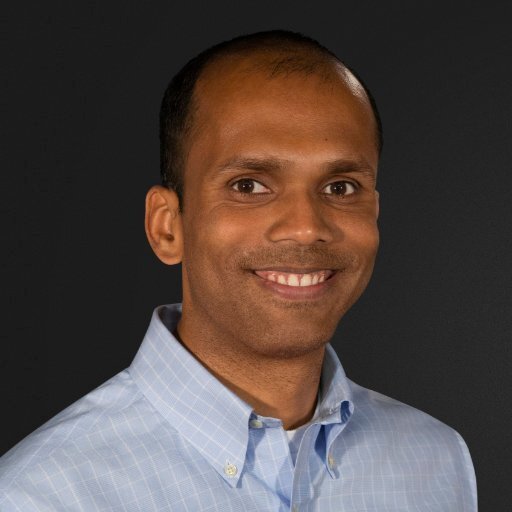 Gokul Rajaram talked with Commit about the importance of a community for Software Engineers.

Commit co-founder, Beier Cai, sat down with Gokul Rajaram to hear his thoughts on the challenges and opportunities for startups today, and the importance of creating a robust community for Software Engineers.

Gokul Rajaram is an engineer, entrepreneur, investor, and big thinker. He currently serves on the executive team at DoorDash, where he leads Caviar, a premium food ordering service. Previously he worked at Square, Facebook and Google, where he helped launch Google AdSense.

Beier Cai: You’ve held impressive positions at prominent companies, but what I’m most curious about is your decision to join Google back in the early days. How did you make that career decision, given the trade-offs involved?

Gokul Rajaram: It’s funny, when I look back at my time at Google, I was employee 300 or 400, later, at Facebook, I was employee 400 or 500, and at Square around the same. I think the two fundamental things I look for at companies are the same. One of them is a mission that resonates with me. The second is a leader I can believe in.

And the second one is a CEO and a leader I can believe in, that is the embodiment of the mission. I think that’s really important. When you talk to a CEO, you need to understand why they’re leading this type company, and do they really believe in the mission themselves? Do they epitomize the mission? If you talked to Larry [Page], who was the CEO when I joined Google, you could see how deeply he believed in the mission. He was Mr. Search. He believed deeply in technology and investing in deep technology.

Similarly, with Jack, at Square, even though he didn’t come from a payments background, he believed deeply in the economic empowerment of small businesses.

So, essentially, those are the two things I look for: A mission and a leader that exemplifies and epitomizes that mission.

BC: What about your career and the financial side of things. Did you consider joining a company like Microsoft, which was bigger than Google at the time?

The second thing to note is if they already have a product in the market, then the number one thing to look for is retention. When I joined Google, they had a product in the market, same with Facebook, but when you talked to customers, when you looked at any kind of retention data, you’d saw that people were using these products and retention was growing. These companies were increasing usage after one month, because people were spending more and more time with them.

If you work at three or four startups, you learn what to look for. What kind of missions are you picking, what kind of founders? You get better at looking at products. I’m almost 100 percent sure that over a six or seven-year timeframe, you will find a startup that becomes the next Google or Facebook or Square. It’s just a matter of practice.

BC: You built out the most profitable part of Google: AdSense. Can you share any insider war stories from the early days?

GR: It was a good product. It piggybacked on a lot of things Google had built, so the profits are good when your costs are consumed by other parts of the company. I think the most interesting story, and a good career lesson for me, was that I was not initially the product manager on AdSense. I was the product manager on something called Syndication, where Google was making search available to partners like AOL and Yahoo, so I was starting to work on search indication.

We were all in offices back then. There wasn’t open space. I was in a small office with two, three other PMs, but there were three or four engineers in an office two doors away who had been working on something. There were rumors they were working on new products with Sergei, so I went by one evening after work and I asked them what they were working on. They said Sergei has asked to speak on this project around showing targeted ads. And I started working with them, spending 20 percent of my time writing specs, going out with them, talking with publishers, and increasingly they started dedicating the product work to me.

My boss saw this at some point, and she said, “Looks like you’re working on this more than search indication, do you want to do this full-time?” I said “Yeah, that sounds great.” Sergei was happy to get a product manager on full-time. And that’s how I become the PM on AdSense. It took three or four months.

BC:  Speaking of lessons learned, all the engineers at Commit love hearing about and learning from failure stories. Can you tell us about an epic failure you’ve had in your career and what you learned from it?

One of the most interesting fails I had was at Facebook, where I was leading the advertising product team. We felt a lot of self-imposed pressure to ship products that grew revenue ahead of Facebook’s IPO in 2012. One of the biggest sources of advertisers was Facebook Pages, where you have a page for an organization, a community, an event, anything. I was doing Facebook Pages in addition to Ads, and we realized that Facebook Pages wasn’t getting paid. It was a very simple and lightweight way to drive revenue, and also to grow more advertisers.

So, we said, “Well, to make it really simple, let’s build a subscription product.” Because we felt that small businesses that liked Facebook Pages would pay a certain amount of money without having to worry about running campaigns. So, we focused on the subscription piece, and I think we got it wrong. As soon as we launched our product, our subscription product failed. I think out of the 50 million or 20 million pages back then, only 500 or maybe 5,000 used it.

Within a month, most of them had turned it off and we realized it was a failure. We had been too focused on a very specific solution with this subscription, while instead we should have been focused on the problem or the opportunity to make it simpler.

The key lesson here is that when you fail, you have to operate in a hypothesis-driven way, and make sure you try to understand the “why.” Many of us product engineering people, we get fixated on ideas or solutions, but I think it’s more important to make sure we clearly understand the problem we are solving. The solution is simply one way of solving the problem.

BC: My co-founder and I have talked to many investors, and it usually takes a lot of explaining to get the investor to understand what Commit is and what we’re doing. But you got it immediately. From your perspective, why should Commit exist, and what advice do you have for our leadership team to enhance the engineer experience?

I love Commit’s model of really focusing on the engineer as a customer, because once you have the engineers, who are invested in the model, there is infinite startup demand. Almost every startup that I invest in, I feel they could leverage Commit and the network of engineers that you have built.

With COVID, there is no geographic restriction where engineers can work, so a startup can have an engineer in Toronto or Vancouver or anywhere. At Square we had one engineer in Kansas City, just one. We hired the best talent. A 10X engineer can literally make the difference between a company surviving or not. For early stage startups, it’s much more important to have two or three 10X senior seasoned engineers than 10 or 15 junior engineers, who don’t know what they’re doing. And I think that’s where a lot of startups are.

And that’s the other thing: The quality of engineers that Commit has focused on is very, very high. Companies need engineers who are self-motivators, self-driven. Who knows how to get stuff done and move fast. It’s a huge, huge void you are filling.

The number one piece of advice I have is to keep focusing on the engineer’s side, and keep the quality of engineers high. Make sure you do whatever you can to serve engineers well by building your community, through events, through understanding what their primary needs are, and making sure they’re met.