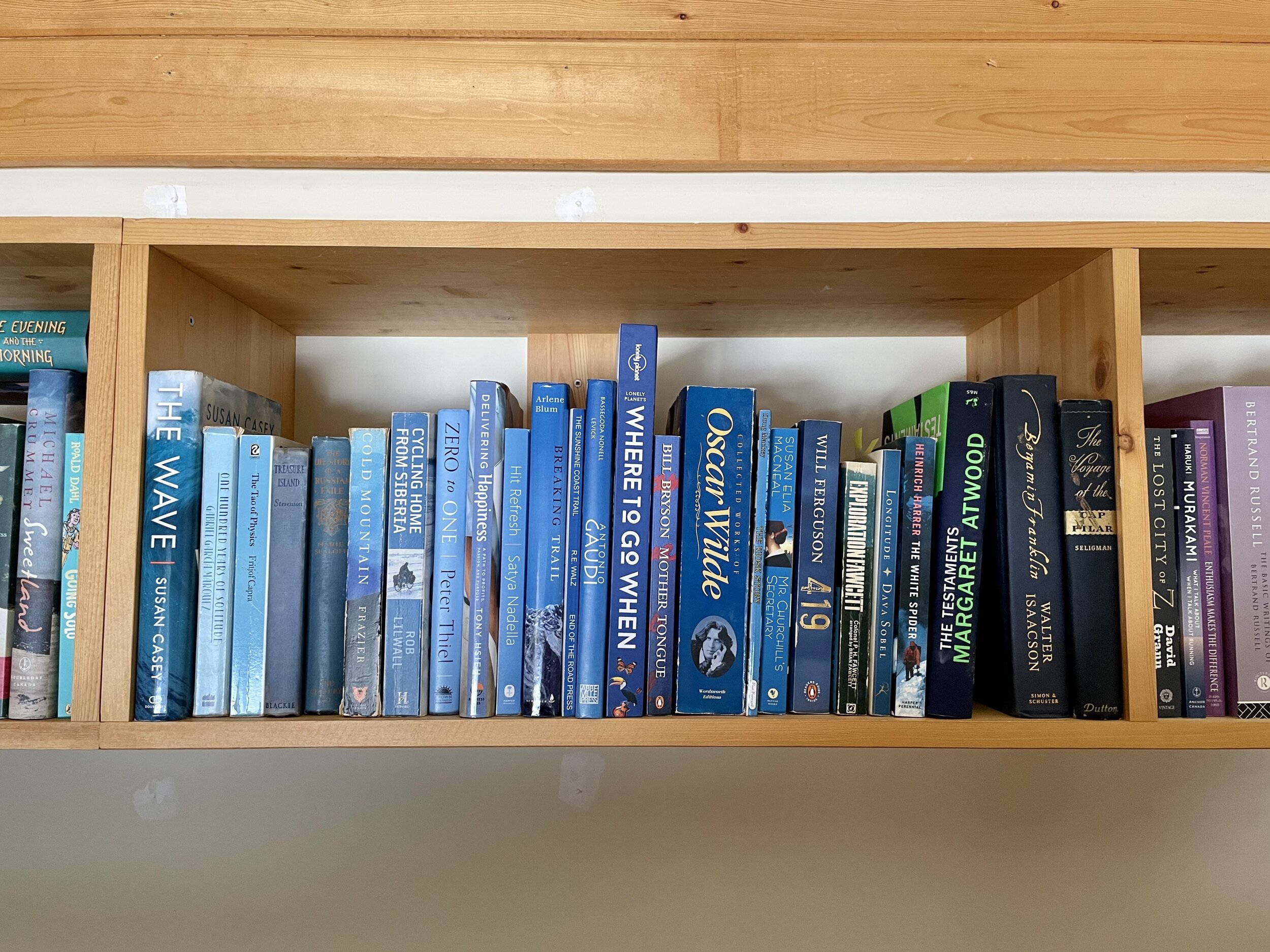 Top Book Recommendations from our Engineers (and other team members)

We have a slack channel dedicated to books recommended by our Engineers and other team members. It’s a great source of new reads and a way to pique interest on topics we might never have thought to read about (like pirates….real ones). Here are some of our top picks, based on Slack engagement.

A bestselling author, neuroscientist, and computer engineer unveils a theory of intelligence that will revolutionize our understanding of the brain and the future of AI.

“I have been reading A Thousand Brains by Jeff Hawkins (founder of palm computing, also saw in 1992 that mobile phones would dominate & be used as general compute).

The book discusses the updated research on how our brains function, it covers the old view by neuroscience as well as the new view. It discusses the evolution of our brains, how this applies to intelligence as a whole, new ways we can build true intelligence within machines, concerns about AI taking over the world & the possibilities and implications of intelligent machines. He also lays down a prediction that AI will become more general as did the phone.” – Pritesh Patel, Engineering Partner

You don’t need extensive knowledge about neuroscience or AI, just general knowledge that these fields exist & curiosity. I loved this book, in fact, I finished it in 2 days and it inspired me to read some scientific papers on the brain and recent developments in AI / ML.

The Color of Law

“I read Richard Rothstein’s article ‘The Black Lives Next Door’ in The New York Times and was inspired to read more in his book.” – Tiffany Jung, VP Strategy and Operations

This isn’t a light read, but it’s also not as inaccessible as you would think a history of government policies could be. It is not a book with answers of how to fix the racial segregation in America, though its detailed chapters leave no questions that the actions of governments and public authorities greatly contributed to creating it.

What You Do Is Who You Are

What You Do Is Who You Are explains how to make your culture purposeful by spotlighting four models of leadership and culture-building—the leader of the only successful slave revolt, Haiti’s Toussaint Louverture; the Samurai, who ruled Japan for seven hundred years and shaped modern Japanese culture; Genghis Khan, who built the world’s largest empire; and Shaka Senghor, a man convicted of murder who ran the most formidable prison gang in the yard and ultimately transformed prison culture.

“There’s so much to like about this book. How am I going to fit it all into a small paragraph?? I’m going to need a couple of paragraphs 🙂 This is a practical guide to building culture based on action and ethics. Two of the authors quotes stood out to me and reflect the kind things we do (not just say) at Commit.

‘In the end, the people who work for you won’t remember the press releases or the awards. … But they will never forget how it felt to work there, or the kind of people they became as a result. The company’s character and ethos will be the one thing they carry with them. It will be the glue that holds them together when things go wrong. It will be their guide to the tiny, daily decisions they make that add up to a sense of genuine purpose.’

I channel that first quote every single day.

‘Make [counterintuitive] decisions that demonstrate cultural priorities. The more counterintuitive the decision, the stronger the impact on the culture.’

This reminds me of Commit’s key operating principle: Do what’s right for the Engineer” even – sometimes – at the expense of the business. This guides our actions every day, and has simplified tough, complicated decisions. This is a difference-maker for me because we have the stories to backup our statements about putting our Engineers first.” – Noel Pullen, Chief Experience Officer

A book that holds back punches around truth and ethics.

A brash, enlightening, and wildly entertaining feminist look at gendered language and the way it shapes us.

“I liked that this book was both deeply informative and light–almost conversational–in its style. I find that there are a lot of learnings from that book that I reference in day-to-day life and that have informed how I relate to people.” – Ashley Brookes, VP of Marketing

This is not a guide to writing gender-neutral copy or even a guide to best practices. It’s a background on how the english language as we use it today came to be.

The Sovereign Individual details strategies necessary for adapting financially to the next phase of Western civilization.

“Really interesting book covering the implications of our transition to an Information Age. It reads in some ways as a handbook (which is kind of funny in a way) — it covers the demise of nation states as we know them and a re-thinking of sovereignty in the age of remote work and the internet age. The book foretold (the first edition came out in 1997) the rise of cryptocurrencies, digital nomadism, and special economic zones — lots of particularly relevant topics right now.” – Benjamin Van Meter, Engineering Partner

This is not a light read. However, we see that as a good thing – it’s not watered down with unnecessary anecdotes like a lot of business or tech books that feel like they’re just trying to reach a word quota.

Sapiens: A Graphic History is an epic, radical adaptation of Yuval Noah Harari’sbestselling book, bursting with wit, humor, and colorful illustrations. Harari has teamed up with renowned comics artists David Vandermeulen (co-writer) and Daniel Casanave (illustrator), to create a graphic novel series that will captivate those who don’t usually engage with science and history.

“Because I like comic books!” – Tim Rhodes, Engineering Partner

Spider-man! Seriously though, this book is highly enjoyable and densely packed with vital and surprising information about the evolution of human life on this planet. Bob Marley said, “If you know your history, then you would know where you’re coming from”.

Note: We tried to link to local bookstores for each of these books, but in some cases we couldn’t find one. If you know of a local bookstore that carries a book we’ve linked to please let us know!