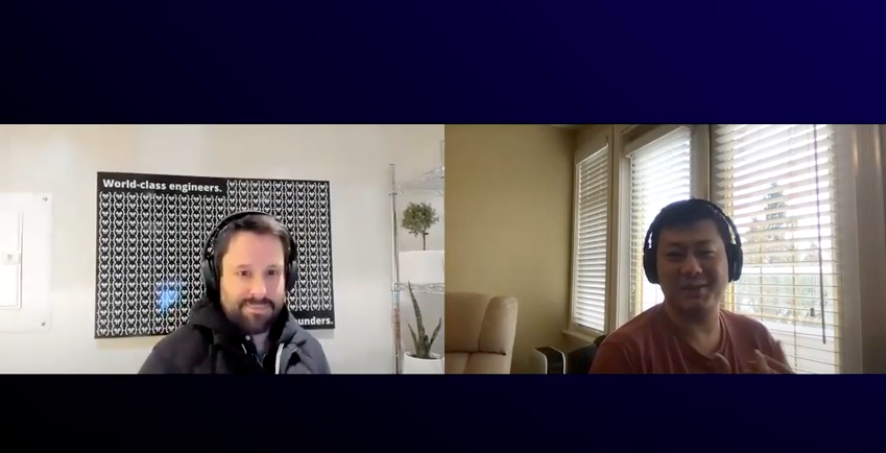 How Commit is experimenting with asynchronous interviewing

Commit is experimenting with making many aspects of our interviewing process asynchronous. It’s not because we’re anti-social; we believe it makes for a meaningfully better interviewing experience and helps us attract the best candidates.

Here are some of the tactics we’re experimenting with, our thought processes behind them, and guidance on how you could implement them.

Some aspects of an interviewing process are already asynchronous—namely, reviewing a job description and deciding to apply for a role. But to add some depth to this stage, we’re experimenting with adding a video to every job description. The hiring manager records themselves (via Loom or Vidyard) giving an overview of the company, the team, the role, and the interviewing process. This tactic was inspired by Nora Jenkins Townson at Bright + Early  and Brett Reed, Director Global Talent and People at Localised.

We love this strategy for three reasons:

It’s hard for small companies to stand out and have an identifiable brand or personality. Doing unique things that let your people shine can help overcome that.

Cover letters have a bad reputation. We don’t ask for a traditional cover letter that restates your resume. Instead, we ask for two to three sentences in the email application on a relevant topic that we would historically cover during an initial interview, and ask for links to GitHub, personal websites, social profiles, etc.

It doesn’t matter if we’ve already tested those channels, or if we know we want to build our community with different key values. What’s important is the thought process behind these suggestions, a willingness to brainstorm, and a general familiarity with the ecosystem our company exists in.

And then we take the time to actually read these answers, score them, and visit the links to get a sense of the human being behind the application. We’re not screening applications in five or even 15 minutes. There’s an upfront time investment, but it’s worth it to ensure that every person who makes it to the next step is a credible contender for the role.

A common step in the interview process is for an HR, administrative or operations hire to conduct a 30-minute initial call, focused on core skills that any hire at the startup must have, regardless of role. This call is also typically used to gauge the level of interest in and knowledge about the role—i.e. has the candidate done their homework. At Commit, we’re experimenting with conducting this stage asynchronously, using tools like VideoAsk.

In recognition that this step is asking candidates to spend significant time engaging in a conversation that can feel one-way, we recommend embedding video responses into the application flow that provide meaningful context on the role.

An example question set would include:

This can also be a place to check for value alignment. If every engineer at your company needs to be product-minded, you might consider asking a question such as “when you receive a feature requirement, how detailed and descriptive do you prefer them to be?” Crucially, these values questions don’t have an absolute right answer, but instead an answer that informs if the candidate is likely to enjoy your working culture and values.

People are often wary of asking meatier questions that require more thought asynchronously, because of the assumption that a candidate can take their time and leverage Google to find an answer they might not otherwise know if asked on the spot. To this we say—good! I spend a lot of time learning things I didn’t previously know in my role, and often draw on Google and other knowledge communities to help me find the answer. Being resourceful is a great skill. And people don’t always present their best during a live conversation—nerves get in the way, especially when your first conversation is set up explicitly as a gating conversation to weed people out.

This is something that Katelin Holloway and Alexis Ohanian have done exceptionally well at Seven Seven Six. Their three-step interview process includes an essay-based application, a project operationalizing their experience and wisdom (pre-existing projects and collateral encouraged) and finally, in-person interviews with a small pool of candidates. Their full approach to hiring is worth reading, but what stands out is their intentionality in the language they use in the question itself. They ensure each question had a defined purpose, they know what they are looking for in the answers, and at the end of the process, they reflect on what they learned and if the question fulfilled its purpose, or needed to be workshopped for future hiring processes.

Our last piece of advice is to close the loop with all candidates. Your specific approach—calling every candidate, sending a video over email, a personalized email—will depend on the number of people you screen at this stage.

Unlike Automattic, we don’t have an entirely asynchronous interviewing process. We still have an in-person problem-solving interview. All of the stages leading up to this interview should give a good depth of understanding of who candidates are and what makes them tick. At this point, you likely feel comfortable that everyone you meet with in person has enough knowledge to credibly perform the work. That frees up the in-person interviewing time to focus on creativity, problem-solving ability, and culture fit.

As we referenced in our previous post on building a data room for hiring, one way to maximize value from synchronous video interviews is to orient the discussion around real problems that the hire would be solving in this role. At worst you’ve spent time brainstorming a problem that you need to think about, and at best you’re getting fresh perspectives to help solve them.

This doesn’t mean doing away with the line of questioning you’ve already adopted for your technical, operational, and business hires. However, focus on making interviews closer to real work situations by focusing less on theoretical questions or algorithmic knowledge, and more on how the actual projects they’ve worked on and problems they’ve solved in past roles connect to the active projects and problems that the hiring manager and their team are addressing today.

Something to note is how much context is needed for a candidate to be effective at problem-solving with you. Some problems might warrant a bit of preparation (i.e., if you want them to review an existing sales deck or existing code), while others might lend themselves to spontaneity and seeing how the candidate would handle a “fire drill” that popped up in the wild.

An optional final step in this call is to talk them out of the move. What do they love about the company they’re at now? What is great about their specific role today that they might have to give up? Is there something this role is missing that they really want to spend time on? This feels counterintuitive, but you’re unlikely to talk the right candidate out of the role!

When you present them the offer

Some companies opt to present offers in person, while others default to communication over email. Regardless, try to embed some personal connection! That might involve having the CEO or founder give a quick phone call after the offer has been presented. As you start to grow, this connection can be scaled through a short Loom video attached to the emailed offer letter.

Most importantly, give candidates time to think through the offer. Just because you’re presenting it synchronously, don’t pressure them for a final decision on the call.