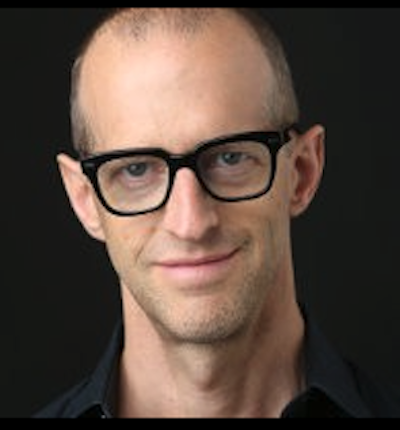 Matching your businesses’ long-term vision with the day-to-day realities of running a technology company is one of the hardest challenges faced by growing startups. Commit’s Sarah Marion hosted a conversation between Commit Engineers and Nick Rockwell, VP of Engineering and Infrastructure at Fastly, to talk about how to find alignment between technical and business goals, how to invest in a performance culture at very early-stage startups, and the role of a technical leader in building trust with business stakeholders. Read the first post here.

On introducing structure into an organization and managing tech debt

Sarah Marion: Underpinning the concept of having aligned KPIs and goals that both business and engineering team are accountable to is the idea of having a performance culture in general. I think many people at startups shy away from intensive professional development matrices and formalized 360s. But you have said that investing in performance culture makes people feel safer and more creative. How did you come to that realization and how do you put those processes in place when it might feel bureaucratic?

Nick Rockwell: It is bureaucratic. And you know, I like the word bureaucracy. In my less guarded moments, I refer to myself as a bureaucrat. Because bureaucracy is actually a very software-like scaling model. The bureaus are components, and they have interfaces between them, and that’s how you scale work. It’s not necessarily a bad word. Bad bureaucracy is bad and good bureaucracy is good.

The right level of bureaucracy around how people advance in their careers is just structure that lets people know where they stand. The wrong level is when it doesn’t make any sense and nobody remembers why we’re doing it this way and it’s broken. And you have to fix that.

There’s a stage of a startup where you just don’t have the time to invest in performance management. It doesn’t make sense. There’s five of you, and you look at each other and you figure it out.

But you do hit the wall pretty fast when suddenly it becomes important, particularly at well-funded startups that are hiring really fast and the unspoken rules that existed between the five people who were there at the beginning are gone. It’s always better to be a step ahead of that than a step behind.

Sarah Marion: I take your point that introducing bureaucracy can speed you up, especially when you’re trying to scale quickly. If you don’t, people drag out hiring because they’re not sure what title to give.

Nick Rockwell: Absolutely. Or they give new hires the highest title they can get away with. Then they create a different problem they’re going to have to clean up down the road: the levels don’t mean anything.

Bill Monkman: You’ve touched a little bit on formalized performance structures and processes, which is something I’m torn on. I understand the need, as the organization grows, to put in more frameworks around stuff like that, and that certain people thrive with more structure. But other people will hate it. How do you have systems that support everyone considering how teams and individuals vary so wildly in what motivates them?

Nick Rockwell: ‘Performance’ is a loaded word that means 50 billion different things to different people. A better way to frame the question might be, what are the rules for advancement? Most people care about what they need to do to get to the next level and to move ahead in their career. So it involves setting expectations and indicating what good performance looks like.

When you get down to how to evaluate performance, I go back to judgment again. My goal is to make sure it’s not just one person’s judgment; it’s at least a few people’s—both for fairness and for consistency. Have multiple eyes on a particular promotion so that there are a few different people’s perspectives. Not just supervisors but also peers.

The other dimension here touches on motivation. How do you help a team figure out that they’re doing a good job? What are the metrics that indicate a team is succeeding? They can range from being really clear in a growth context to not being clear at all. In that case it becomes management’s responsibility to set the best kind of intermediate metrics that you can to rally people around, even though it’s not always going to work.

Some of those teams are going to be motivated just by knowing that they’re doing good work and feeling like they know what that looks like, knowing that people they respect are saying, ‘Yes, that’s good work.’ You can’t regulate that or put processes around it. You can apply peer review to the actual work, which can have some other benefits, but that can also get a little bureaucratic.

So the topic is super complicated. The part I’ve been touching on today is about how to give people clarity around how they can move themselves ahead, or for a team to feel like they know whether they’re succeeding or failing.