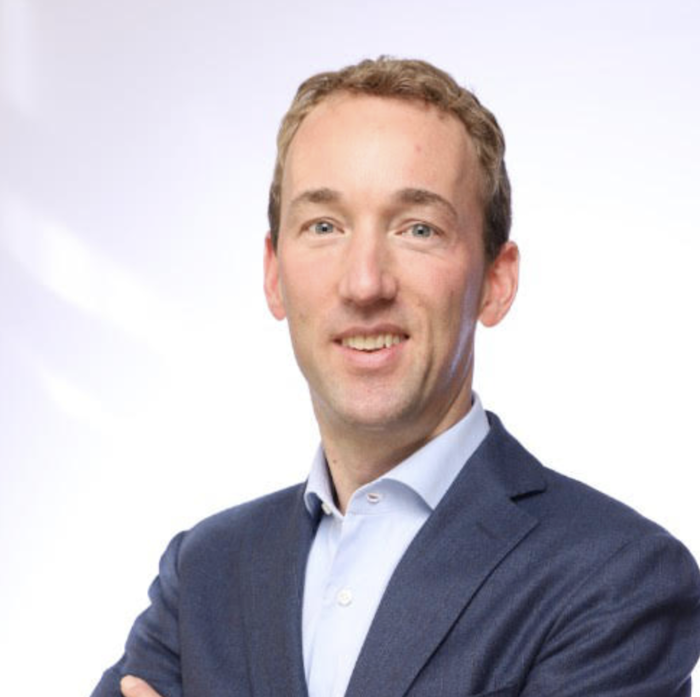 Frans Tjallingii is the CEO of 7 Generation Capital, which helps fleet operators convert to electric vehicles by offering a turnkey solution. We talked to Frans about his company and experience with Commit.

Tell us a little bit about 7 Generation Capital. What do you do, and where did the idea come from?

We work with commercial fleet operators that operate medium- and heavy-duty vehicles, like garbage trucks and school buses, and we help them shift to electric vehicles. We help with the chargers and the vehicles, but we also finance everything, like a leasing company.

The idea came to me after exiting my previous company. I decided I was going to focus on clean technologies that make the world a better place. I came across a fleet operator who had bought a few electric vehicles but was having trouble scaling up and electrifying the rest of his fleet. You need expensive higher power chargers for that, and he wished he had a partner to help him with all of the extra work involved in applying for subsidies and other related tasks. I said okay, let’s see what we can do, and that’s how we got started.

When you first came to Commit, what did your team look like? What needs were you looking to fill?

We had no software developers on our team at the time, so we were looking to hire a first engineer who could hopefully shape whatever our software development would look like for years to come. That’s when we approached Commit.

The first engineer, that’s an important role. What were some of the skills or attributes you were looking for?

Your first engineer has to wear many hats: doing their own DevOps, making decisions about infrastructure for the rest of the team, and tackling those typical challenges that come up in a startup environment. So we were looking for someone self-starting with broad experience.

You ended up hiring Andrew Lukonin. What made him a good fit for the role?

His experience was a big asset. He had done numerous deployments and deployment infrastructure within his previous roles, so he knows the API space, and he had been building out functionality for the group he was with. Culturally he was also a great fit for the team. Within the first three months of working with him we could see that he was self-starting and wanted to manage things himself. That gave us a lot of confidence to hire him on an ongoing basis.

An important part of the Commit process is the three-month trial period you mentioned. From your perspective, what’s the benefit of that compared to hiring someone full-time from the beginning?

I think there are two main benefits. The first is that you sort of get to ‘date’ before you get ‘married.’ This is especially valuable when you’re trying to hire a talented engineer, because many good engineers already have a steady job—enticing them away into a riskier startup role can be tricky. The engineers at Commit know what they’re getting into and Commit helps de-risk that process, which makes it easier for everyone involved.

The other real big advantage is the support Commit provides to their Engineering Partners during those three months in terms of advice, getting their feet under them, thinking through the architecture that they have in front of them, and closing any gaps that may open up. That’s been quite valuable as well.

I want to talk a bit about what happens when hiring goes wrong. What impact does that have on the team, hiring someone who’s not the right fit?

I think the biggest cost to a company of hiring the wrong person is the time you lose. When you’re in a market that’s rapidly evolving, your time to market is critical. Not being able to hit the market on time with your offering and experiencing a months-long delay can be very costly. You get to the adoption curve later, which impacts your ability to raise money, your competitive landscape, etc.

What’s your vision for the engineering team at 7Gen? What are you looking to accomplish over the next year or two?

We’re looking to onboard an additional part-time and maybe one more full-time engineer after we do a round of fundraising. Then we’ll try to gain more traction and get the product out in the hands of customers before raising a larger round at a higher valuation, which we’ll use to really expand.

One unique aspect of Commit is the Slack community, which allows engineers to stay in touch and troubleshoot their problems together. What’s the value of having access to that?

During the first three months we had other engineering partners at Commit chip in here and there, which was hugely helpful. If you’re the first engineer at a company and you’re trying to do everything for the first time, I imagine it’s very useful to be able to connect with people who have done it before and have learned how not to do it. You avoid a lot of re-learning that way.

What would you say to other startups considering working with Commit?

I’d say it’s a great way to get their product to market quicker, to avoid mis-hires and to just get more support, especially in those first three months. That was a huge value to me.