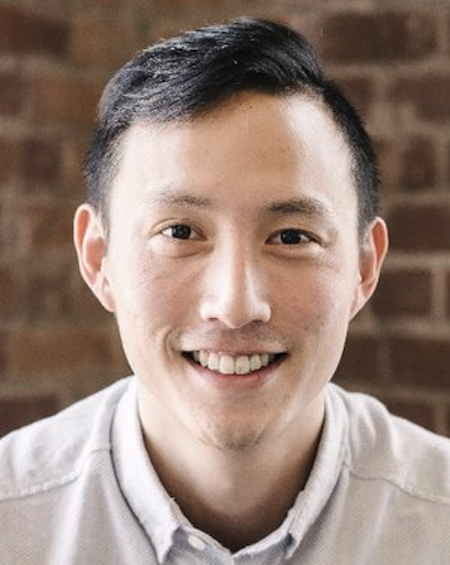 Ian Wong is the co-founder and CTO of Opendoor, a San Francisco-based company that is disrupting the real estate industry.

Commit co-founder Beier Cai sat down with Ian to talk about the early days of Opendoor and what it was like writing the first lines of code. Read the first post here.

Beier: I want to start talking about your personal career because it’s quite amazing. You started your career by joining Square for a couple of years. And then you started doing your own startup. What was your decision making criteria back then? How did you manage your personal financial risk? And then your thought process behind that?

Ian: I’ve been really fortunate, I’ll preface by saying that. I received great financial aid for college from Stanford and I remained there for grad school.

Going back to your question, there’s this framework that’s attributed to Jeff Bezos, which is the regret minimization framework. It’s like you kind of want to optimize for a point later in life where you ask yourself, “Do I regret anything?”

And that ends up being usually around regrets concerning not pursuing something. I dropped out of grad school because I wanted to really pursue something that I thought was more cutting edge in the industry.

I was very fortunate having that financial buffer that allowed me to just take a lot of risk with my professional career in a way that allows me to minimize regret and optimize for what I think is both interesting and impactful.

Beier: I think there’s a line where people just need some sort of financial safety net, that actually empowers the founder to take more risk. That’s an interesting theme I’ve seen of all the technical founders I’ve interviewed.

Ian: They are very different kinds of entrepreneurs. My co-founder Eric Wu is one that risked a lot more than I did from a financial standpoint. Different people have different risk appetites. For me, I was in my 20s and my spending was very low. You’re a classic engineer and by far the biggest expense was rent. That was it. And so that actually gave me a lot of freedom.

Beier: My next question is one from one of our engineers who found a startup through Commit. About half a year later, he got promoted to be the CTO of that startup. And then he pinged me one day saying, “Hey Beier, my CEO asked me to join the board meeting. What do I need to do?”

That kind of helped me reflect on my own past, on how there are all these non-technical experiences as a technical founder or early employee. I’m curious, for you, what are some of the memorable moments, the non-coding moments in the early days?

Ian: There are many. As a co-founder, your primary job is to make the company successful. I didn’t adopt the CTO title for a few years because I didn’t feel like that was relevant. I’ve had to wear a co-founder hat, a manager hat, I’ve had to wear the ‘best collaborator possible to the operations team’ hat.

So there are lots of different moments where as an early employee or a co-founder you have to step in and act from ownership and be like, “Hey, what is best for the company? How do I best support the company, setting my own role aside?”

Beier: What are some moments particularly where you were just like, “Oh, this has nothing to do with coding, but I still got to do it”?

Ian: I think there are a few, for instance analytics. That’s something that, because of my background in data science, I was more naturally adjacent to how we help our company. Not just spin up a data warehouse, but hire the analysts, help them be productive, help the analysts connect with the work of business stakeholders so that we actually have a data informed culture in the company.

Another area, frankly, was wearing the manager hat and co-founder hat, that’s a big hat. There are moments where, especially early days, you’re asking yourself, do we have product market fit? Do we know how to scale marketing? Do we know how to get the word out there?

I still remember the first year or two there are moments where we’re like, “Oh geez, this is a thing? We have pretty high conviction, but oh man, the data is taking a while to come in.” Your job as a co-founder is really to stay the course or help everyone around you stay the course.

Beier: Focus is always important. How did you keep focused when you are just doing a bit of everything?

Ian: Maybe this is a relic of my grad student days, but nothing beats a sheet of paper and a good pen. I actually have a couple of rituals. I start every week with just a white piece of paper and a pen, and I write down my to-do list.

Beier: On paper and pen, not typed up notes?

Ian: On paper. I can show you right now.

Ian: Saturday mornings to me are really sacred, where it’s kind of like REM sleep for me, where you actually make sense of the entire week. I sit down with a sheet of paper and a pen and I try to write down to-dos, observations, next steps. I think putting pen to paper really forces you to focus.

Beier: CTO at a high growth start-up is a pretty highly visible position. It can also be a stressful position. How do you cope with that?

Ian: I think the company as a whole can experience a lot of stress. And it’s really important to recognize the hard work of everyone involved. We have two principles at Opendoor. One is about openness: making sure that we’re open with one another about any type of frustration or stress or celebration.

Another value that we have is around celebrating moments. It’s really easy to be heads down, especially in the grind of startup. But it’s also really important to take time away from the desk to actually acknowledge important moments as they arise and celebrate it.

Beier: It’s important to have a great relationship with the CEO, but it doesn’t mean you both agree on everything. CEOs and CTOs disagree on stuff. So how do you handle that? What’s your strategy to keep the relationship strong?

Given that, once you have the understanding, then it’s laying out the facts on the ground, the constraints that people have, the trade-offs and principles for making decisions.

If you can invest in that foundation of trust, by building openness and the meta work, to build that alignment, invest in the relationship, then you can then layer on the facts and the principles.

In the case where you can’t fully align something, trust in the decision making of the CEO because you need to make a decision. Even though there might have been a lot of discussions before, once you agree on a decision, you have to commit to it and stay connected as an executive team.

I think oftentimes that’s much more important, because at the end of day, there’s also a natural feedback loop. The decision is either correct or wrong, and you can always make changes down the line.